Lipids are considered key mediators that can modulate cellular processes and may induce multiple signaling pathways. Furthermore, the use of lipid metabolites as cellular biomarkers can indicate different biological states and cellular activities. The total content of lipids in a cell is the lipidome. Any modification in the cellular lipidome induces or modulates signaling related to cellular function.

Lipid metabolites, including very-low-, moderate-, and low-density lipoprotein (VLDL, IDL, and LDL) particles, have been reported to be positively associated with cardiovascular diseases such as myocardial infarction (MI) and ischemic stroke (IS). In contrast, high-density lipoprotein (HDL) particles have been shown to be inversely associated with the occurrence of myocardial infarction death. The process of adipocyte formation, also known as adipogenesis, is regulated by a complex network of molecular processes, and this regulatory mechanism may also be influenced by lipoproteins. Therefore, we hypothesized that lipoproteins regulate differentiation into cardiomyocytes and endothelial cells, thereby affecting cardiac tissue function and regeneration. Lipoproteins include cholesterol, triglycerides, and phospholipids. These blood lipids are fat-soluble and must combine with plasma proteins to form lipoproteins in order to be transported through the blood to various organs and tissues.

A total of 20-30% of plasma in the blood is transported by HDL, mainly to bring plasma from surrounding tissues back for insulin metabolism. The higher a person's HDL level, the lower the chance of developing coronary heart disease, so HDL cholesterol is called "good" plasma. The main content of HDL is phospholipids, including phosphatidylcholine (PC), phosphatidylethanolamine (PE), phosphatidylserine (PS), and phosphatidylinositol (PI). Sphingolipids and cholesterol are mainly used as components of membranes and organelles. Lipid species containing polyunsaturated fatty acids (PUFAs) increase during the maturation stage of mesenchymal stromal cells derived from human fetal membranes (hFM-MSCs). Chatgilialoglu et al. found that culturing hFM-MSCs in vitro altered their fatty acid composition. To maintain and improve the functional properties of hFM-MSCs, tailored lipid supplements can mimic a membrane environment similar to their physiological counterparts. Stem cells can also be used in patients to achieve therapeutic effects. The results also showed an association between phospholipids and mesenchymal stromal cell differentiation. 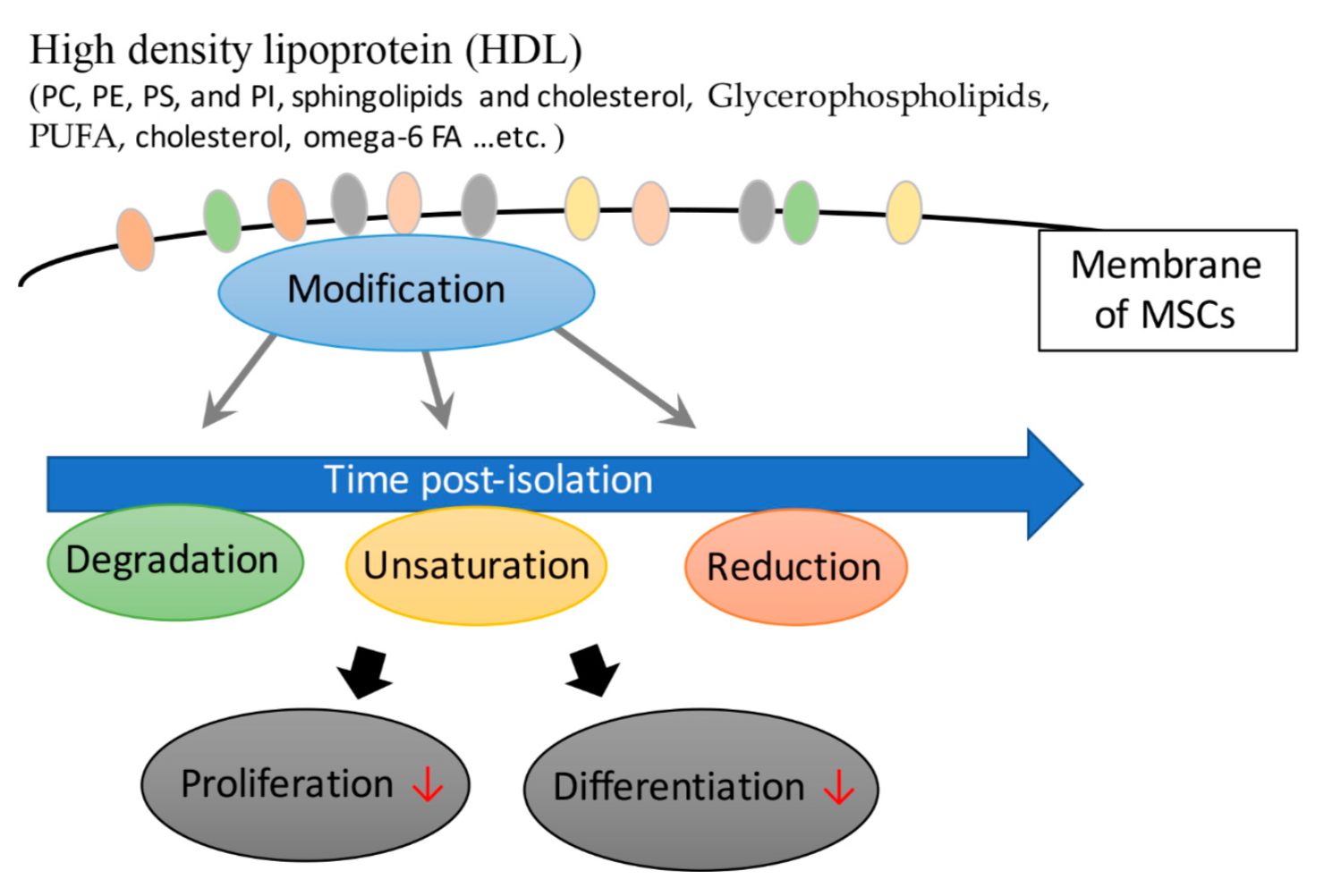 60% to 70% of cholesterol in the blood is carried by LDL, which mainly carries cholesterol from the liver to surrounding tissues. Hypercholesterolemia caused by too much LDL cholesterol is a risk factor for coronary atherosclerosis and heart disease, so LDL cholesterol is called the "bad" cholesterol. Growing evidence supports the notion that lipids/lipoproteins are lipotoxic to cardiac tissue, including the myocardium, valves, and blood vessels. Low-density lipoprotein (LDL) has been reported to play a cytotoxic role in the induction of atherosclerotic disease as well as in chronic inflammatory diseases. Oxidized low-density lipoprotein (oxLDL), the most typical known, has a considerable association with coronary artery disease (CAD). The negatively charged low-density lipoproteins can be divided into five subtypes, from L1 to L5, which all exhibit the ability of vascular cells to promote atherogenesis. Of these, L5, the most electronegative in LDL in patients' plasma, was found to be associated with an increased risk of cardiovascular disease, comparable to the risks of smoking, hypercholesterolemia, type 2 diabetes, and metabolic syndrome. Compared with L1, L5 contains higher total protein and triglycerides, but relatively less cholesteryl esters, suggesting that the lipotoxicity of L5 activates various adhesion molecules and chemokines associated with cellular processes. The lectin-like oxidized LDL receptor-1 (LOX-1) has been shown to have high binding affinity for negatively charged ligands, which contribute to downstream signaling, such as the Bcl-2 family, leading to cell death. The association of LDL and L5-LDL with coronary artery disease (CAD) risk and the mechanisms by which these lipoproteins affect the tissues and cells involved are still being studied. 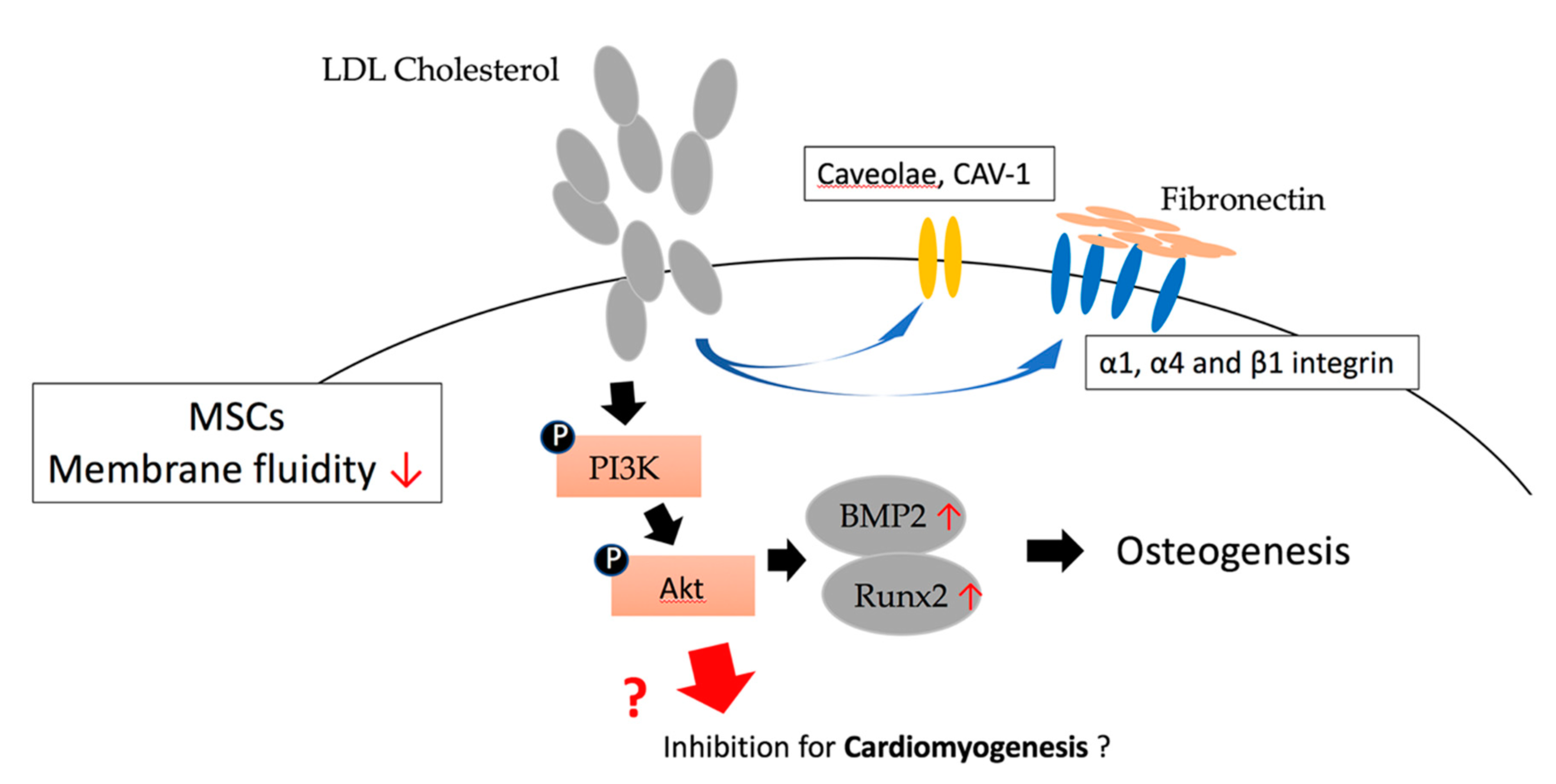 We also report that very low-density lipoproteins (VLDL) can be classified into five distinct types, defined by negative charge, termed V1 to V5, with distinct biological functions. We found that V5 exhibited the greatest degree of cytotoxicity of all VLDL in the plasma of patients, and that the percentage of VLDL in the plasma of patients with metabolic syndrome was higher than that of normal subjects. V5/VLDL percentages and concentrations are significantly higher in patients with metabolic syndrome (MetS) than in the normal population. Abnormally high levels of V5-rich VLDL may increase the risk of diabetes, related vascular disease, and cardiomyopathy. Dyslipidemia is easily associated with atrial fibrillation (AF), which can arise from a variety of cardiovascular diseases, including heart failure, hypertension, myocardial infarction, valvular heart disease, and rheumatic heart disease. We have shown that VLDL (msVLDL) in patients with MetS can cause significant left atrial enlargement with reduced ejection fraction and unprovoked atrial fibrillation in aged msVLDL mice compared with normal VLDL in treated mice. Our evidence suggests a critical cytotoxic role for VLDL in cardiomyocytes and in the pathogenesis of atrial fibrillation. These data demonstrate the potential toxicity of VLDL and LDL to human tissues, especially cardiac tissue, which may be involved in the development of heart disease.