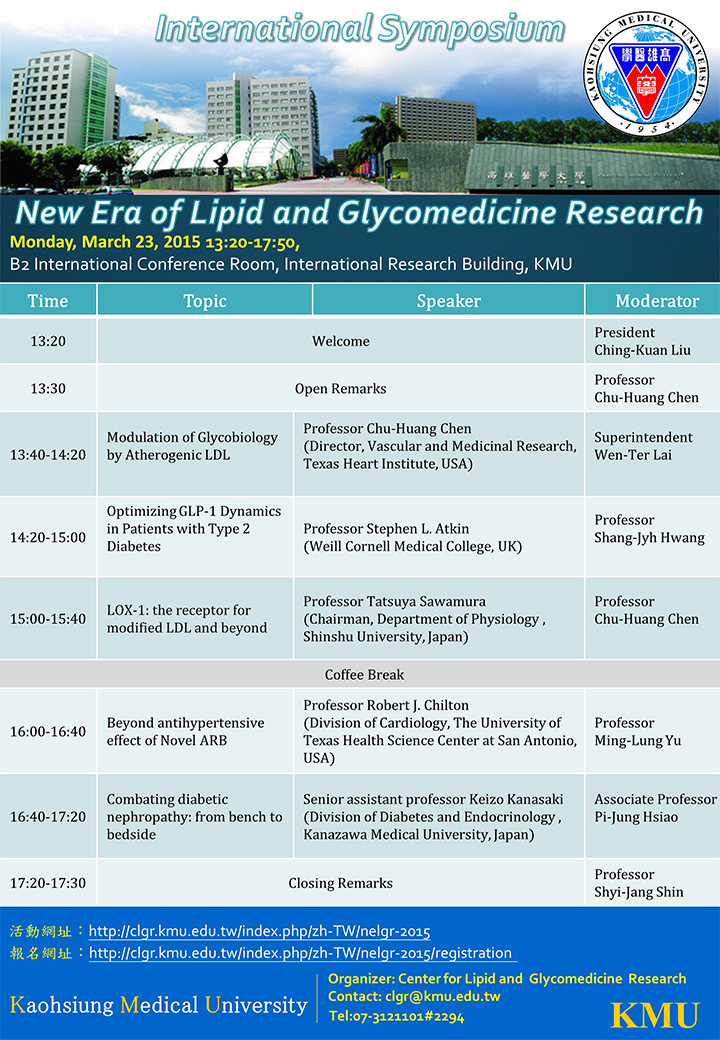 From Glycans to Lipids and Vice Versa

The human genome has a narrow margin of inter-individual variation; yet, human phenotypes are vastly different between races and among individuals within the same race. Epigenetic modulation of the human genome is believed to play an important role in creating these phenotypic variations. Of the possible mechanisms, post-translational glycosylation of proteins may contribute significantly to the establishment of individualized “epigenetic memory” of the genome. The majority of all proteins are glycosylated, and glycans have numerous important structural, functional, and regulatory roles in various physiological and pathological processes. Glycan addition also occurs to lipids, producing a large variety of glycolipids.Most glycolipids are lipids that form part of the plasma membrane with a short carbohydrate chain covalently attached, and this chain is exposed on the outer surface of the cell. The glycoplipids have a mainly communicative role, often acting as markers for cellular recognition. Additionally, they provide stability for the cell and help cells join to other cells to form tissues. Pathologically, however, excessive glycolipids, such as gangliosides, may enhance sphingomyelinase (SMase) activity of the cell membrane to overproduce ceramide, which in turn induces the senescence of cells, including vascular endothelial cells (ECs) and myoblasts. Low-density lipoprotein (LDL) has a role in aging process, including vascular senescence. However, not all LDL particles are pathogenic, and the culprit LDL entity remains to be identified. In our search for the culprit LDL, we have isolated a highly electronegative entity, L5, from human plasma LDL subfractions (L1-L5) resolved by using anion-exchange chromatography. From evidence based on in vitro, in vivo, and human studies, we have demonstrated L5’s pro-senescent, inflammatory, atherosclerotic, and thrombotic properties, which are not seen in L1-L4. Chemical analysis has revealed that L5 carries excessive apolipoproteins (apoE, A1, CII, CIII, (a), J) in addition to apoB100, which is the only protein in the least electronegative LDL, L1. Further analysis has shown consistent glycosylation on certain residues of both apoE and apoB100 in L5 particles. The associated conformational changes result in hindrance of L5 docking to the normal LDL receptor, forcing an increased residence time of the L5 particles in circulation. The apoB100 molecule in L5 also possesses a prominent SMase-like activity. Consequently, L5 is not only a ceramide-rich lipoprotein but can also induce excessive ceramide production in ECs through SMase-like activity. Additionally, our preliminary studies suggest that L5 is able to glycosylate transmembrane receptors, such as STRA6 (stimulated by retinoic acid 6). Because of STRA6’s role in transducing retinoic acid (vitamin A) signaling, its glycosylation by L5 impedes normal cellular function, adding to complications in disease patterns, as in type 2 diabetes. Thus, L5 is both a glycan receiver and glycan donor/catalyzer. Glycan-lipid interactions are likely to have important biological and clinical implications. Extensive investigations are warranted to delineate the underlying mechanisms to advance our understanding of lipid-associated diseases and to disclose new targets for treatment.

As a progressive disease of type 2 diabetes, endocrinologists need to evaluate patients and intensify therapy periodically when glycemic targets become unsustained with their current treatment.

Traditional first- and second-line antidiabetic agents such as metformin and sulfonylureas do not prevent the declining function of beta-cell associated with T2D and several factors should be considered such as hypoglycemia risk, weight gain, and renal function. To control glucose homeostasis for preventing the development of cardiovascular complications and early death is the ultimate goal of glucose-lowering therapies. In order to achieve glycemic control targets, combining several antidiabetic drugs is often needed. However, the glucose lowering agents are associated with side effects, such as hypoglycemia, weight gain, gastrointestinal (GI) adverse reaction, increased risk of genital and urinary tract infections, and increased risk of bone fractures and heart disease. Furthermore, none of the traditional drugs target the multifaceted pathophysiology of type 2 diabetes. Incretin-based glucagon-like peptide-1 receptor agonists (GLP-1 RAs) target a broad spectrum of the multifaceted pathophysiology of type 2 diabetes.

Hypertension affects an estimated 25 - 30% of the adult population of the world.

Despite the availability of antihypertensive treatments, hypertension remains inadequately controlled, with slightly less than half of patients who receive treatment successfully achieving blood pressure (BP) goals. While there are many drug classes available to reduce BP, drugs that modulate the renin-angiotensin-aldosterone system (RAAS) are more commonly used because of their efficacy, coupled with one of the lowest side effect proﬁles. Moreover, within the RAAS classes, those that inhibit the action of angiotensin II by binding directly to the angiotensin type 1 (AT1) receptor (ie, angiotensin receptor blockers [ARBs]) are the best tolerated of all antihypertensive drug classes. Some ARBs have shown efficacy in reducing mortality in patients with heart failure and post–myocardial infarction as well as slowing progression of diabetic nephropathy.

This randomized, double-blind, placebo controlled, multicenter study assessed change from baseline in mean 24-hour ambulatory systolic blood pressure (SBP) following 6 weeks of treatment. Patients with primary hypertension (n=1275) and baseline 24-hour mean ambulatory systolic pressure ³130 mmHg and £170 mmHg were studied; 142 received placebo and the remainder received 20mg, 40mg, or 80mg AZL-M or 40mg OLM-M. Mean age of participants was 58±11 years, baseline mean 24-hour SBP was 146 mmHg. Dose-dependent reductions in 24-hour mean SBP at study end occurred in all AZL-M groups. Reduction in 24-hour mean SBP was greater with AZL-M 80 mg than OLM-M 40 mg by 2.1 mmHg (95% conﬁdence interval, -4.0 to -0.1; P=.038), while AZL-M 40mg was non inferior to OLM-M 40mg. The side effect proﬁles of both ARBs were similar to placebo. AZL-M is well tolerated and more efficacious at its maximal dose than the highest dose of OLM-M.

Data from this study suggest that AZL-M (Edarbi) 80 mg is more effective in reducing SBP than the highest approved dose of OLM-M, which is considered to be more effective than others in the ARB class.

Moreover, the data from the current study have been validated internally by consistency of clinic and ABPM measurements. Outcome studies are needed to assess whether these differences in BP efficacy will be borne out in reduction of cardiovascular events.

LOX-1: the receptor for modified LDL and beyond

Department of Physiology at Shinshu University School of Medicine, Japan

LOX-1 is a multi-ligand receptor originally isolated from endothelial cells as an oxidized LDL (oxLDL) receptor. “Endothelial dysfunction” induced by oxLDL has been implicated in the pathogenesis of atherosclerosis and various other vasculopathy. LOX-1 explains many aspects of oxLDL-induced vascular defects.

Aside from being an oxLDL receptor, LOX-1 also works as an adhesion molecule for activated platelets and leukocytes. Hence, increased expression of LOX-1 enhances prothrombotic and proinflammatory properties of vascular lesion and promotes the effects of oxLDL. Utilizing gene-engineering technique and blocking antibody, we have demonstrated that LOX-1 aggravates every step of atherothrombotic disease in animal, i.e. atherosclerosis, myocardial infarction, and intimal thickening after balloon catheter injury.

Recently, we showed the interaction of LOX-1 with CRP, which further adds new aspects of the pathophysiological role of LOX-1. Although its role as a causal factor of cardiovascular disease is still controversial, CRP is a classical innate immune molecule which activates complement system and opsonizes bacteria to be phagocytosed. Therefore, LOX-1-CRP interaction may modulate innate immune system to affect cardiovascular vulnerability.

In this symposium, I would like to review our research on LOX-1 and to show new aspects of the study.

Diabetic nephropathy is the leading cause of progressive chronic kidney disease in most of developed world. Kidney fibrosis is the final common pathway of any causes of progressive kidney diseases including diabetic nephropathy. Kidney fibrosis is induced by prolonged damages associated with the dysregulation of normal wound healing process and the excess accumulation of extracellular matrix (ECM) components. Kidney fibroblasts display vital roles in fibrotic processes. Among the diverse origins of matrix-producing fibroblasts, the endothelial-to-mesenchymal transition (EndMT) emerges an important source. The EndMT is a cellular adaptation process in which vascular endothelial cells acquire myofibroblast phenotypes that are characterized by an ability to express mesenchymal cell characteristics related to organ fibrogenesis. During development, the EndMT is relevant to cardiac valve formation. EndMT has been considered as an important component in a variety of organ fibrosis conditions such as cardiac, pulmonary, and kidney fibrosis.

We are investigating the strategy to combat kidney fibrosis in diabetes focusing on EndMT. We have identified that endogenous peptide N-acetyl-seryl-aspartyl-lysyl-proline (Ac-SDKP), a substrate of angiotensin-converting enzyme, exhibits physiological relevant anti-EndMT effects on kidney fibrosis in diabetes. Also we have found that dipeptidyl peptidase-4 (DPP-4) plays significant pro-fibrotic roles and accelerating EndMT via interacting with integrin b1, the integrin exhibits vital roles in matrix biology, in the kidney fibrosis process of diabetic kidney. Also we now know that the interaction of anti-fibrotic microRNA expression would be relevant in the anti-fibrotic action of AcSDKP and DPP-4 inhibition.

Right now, we do not have magic drug or miracle strategy to combat kidney fibrosis in diabetes. Even such limitations, I believe that our efforts in both clinical and preclinical research focusing on pathophysiology of diabetic nephropathy would lead us to overcome diabetic nephropathy, the devastating diabetic complication associated with mortality.